BY MICHELLE SINGLETARY, THE MIAMI HERALD 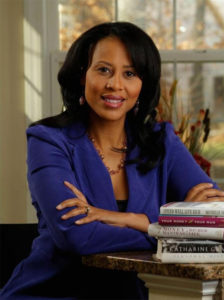 Sharks get a bad rap.

Don’t get me wrong. It’s absolutely tragic whenever a swimmer or surfer is bitten or killed.

But sharks are just doing what comes naturally. They are “apex predators,” meaning they’re at the top of the food chain. When a shark hunts for prey, it’s not personal.

Yet, here’s one way Merriam-Webster defines a different kind of shark: “A rapacious crafty person who takes advantage of others.”

I see payday lenders in this sense. They see a group of people flailing about financially and do what comes naturally to them. They prey.

Right now, proponents and opponents of payday lending are squaring up waiting for the Consumer Financial Protection Bureau (CFPB) to release proposed rules affecting these loans and other short-term borrowing, such as auto title loans.

The watchdog agency has said it wants to require payday lenders to make sure borrowers have the means to repay their loans.

That simple mission has lenders and their supporters, including many in Congress, up in arms. It will crush the industry, they argue. The lenders are only providing a service that people want and need, they contend.

If you don’t know how payday loans work, good for you. It’s a financial product I would advise you to stay far away from.

These loans are relatively small and are supposed to be paid back from a person’s next paycheck, typically within a few weeks. The lending qualifications are not tough. You need to have a bank account and income. Borrowers can give lenders postdated checks or authorize an electronic funds withdrawal.

Many people see payday loans as a temporary financial fix. Borrowers think they just need a little more time to get out of a jam.

But often that’s not what happens.

“Payday consumers can get trapped in debt when they can’t afford to pay back their initial loan,” said Jen Howard, communications director for the CFPB. “Many take out additional loans, paying more fees and interest to be stuck with the same debt.”

This month, the head of a group of payday lending enterprises was indicted on federal racketeering charges. The authorities accused the Pennsylvania man of violating anti-usury laws, charging more than 700 percent on payday loans. According to the indictment, he and another defendant raked in more than $688 million in revenues over a five-year period.

In areas where there are shark sightings or attacks, cautions are needed. This is the case with payday loans.

George Burgess, a biologist at the Florida Museum of Natural History who investigates shark attacks, wrote a blog post providing a number of tips to decrease your chance of becoming a victim of a shark attack while in the water. I’ve adopted them to fit this payday loan debate.

▪ Always swim in a group. Sharks most often attack lone individuals, Burgess wrote. So we should be applauding the CFPB for its efforts to protect a large swath of people who may not even know they are in danger.

▪ Avoid the water at dawn, dusk or night. It’s in your darkest days financially that you might see a payday loan as a life-saver. But a typical loan payment takes 36 percent of the borrower’s paycheck, according to the Pew Charitable Trusts.

▪ Don’t enter the water if you’re bleeding. Sharks can smell blood. Payday lending is an opportunistic business with a profit model that pulls in more money from those who get caught in the cycle of repeat borrowing. The fees, when annualized, can translate into three-digit interest rates or higher.

▪ Don’t splash a lot. Payday loans are intended for people in a financial panic. These folks are splashing about, looking for some relief, but the debt can sink them even further.

▪ Don’t touch a shark. Steer clear of payday loans. If you can’t cover an expense now, how is pledging future income that you’ll surely need later going to help?

▪ If attacked by a shark, the general rule is “Do whatever it takes to get away!” Pew research finds that 12 million Americans take out payday loans every year, paying $7 billion in fees.

I’ve met many payday borrowers. They tell stories of unforgiving cycles of debt. We have to do whatever it takes to protect others from the same grisly fate. It’s not personal to the payday lenders, but it should be to us.

Financial Wellness Is Critical To Your Overall Health – And Financial Literacy Is The Key
January 21, 2022